Why Tiger is not King of the Jungle?

Many other powerful animals possess qualities that enable them to obtain the title of king of the beasts and if we put them in comparison with the lion, we will find that the closest of them is the Tiger.  So why is the tiger not the King of the Jungle? 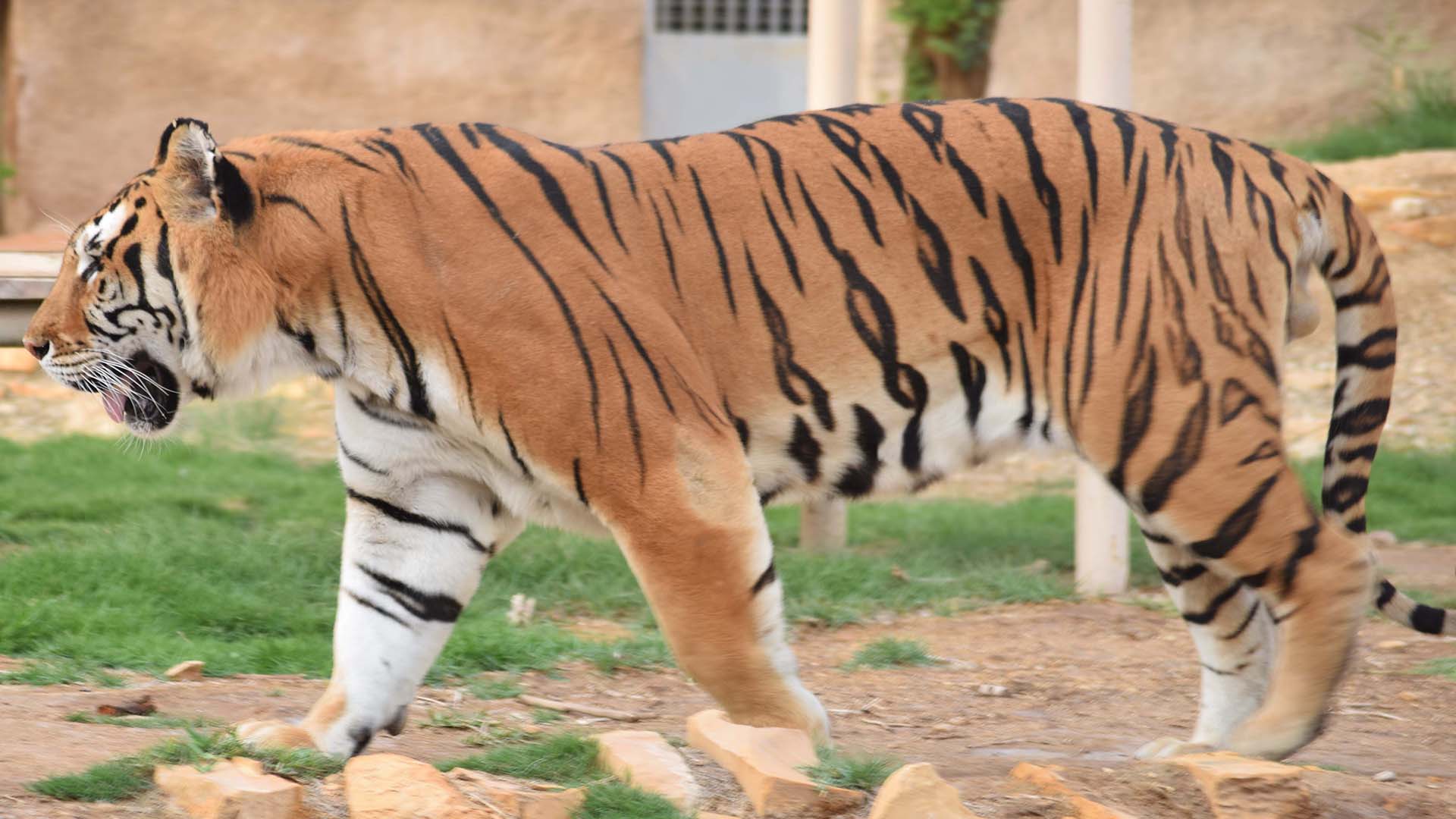 The Lion and Tiger are species of Wildcats, they are most famous for their body size.  The tiger is the largest while the lion is the second largest cat on the planet together with Jaguar Leopard and Snow Leopard they are classified as big cats.

Lions can be found in Savannah’s open woodlands scrublands and areas covered with tall grass in sub-saharan Africa and India Tigers inhabit taiga open grasslands and mangrove swamps of Siberia, China, India and Southeast Asia as a result of accelerated habitat loss uncontrolled hunting and conflicts with humans both lion, Asian lion and tiger are on the list of endangered species.

There are many differences between these two big cats their appearance is the most obvious difference between a lion and a tiger. Tigers have bold black stripes across their bodies whereas lions don’t have any stripes.  Tigers also don’t have Mane’s like the male lions. Male lions have a large main around their faces the physical characteristics also differ between lions and tigers.

The recorded tiger species has nine subspecies some of which have been declared extinct like the Java tiger and the Bali tiger.  The Siberian tiger and the Bengal tiger are the largest subspecies among other panthera tigris species.

The lion species is recorded to have twelve subspecies and among them extinct wildlife including the Atlas lion from North Africa the Atlas lion is the largest lion among other lion subspecies.

Tigers have stronger legs and are much more active and agile when compared to lions by nature. Tigers are considered to be more aggressive than lions male lions are even thought to be lazy in a way and won’t do anything unless they have to. Tigers are the more dominant big cat when lions and tigers are compared even in several cases where their genes have been mixed the genes of the tiger have proven to be more prominent than the Lions.

Genes hunting capabilities of both animals are also different Lions only have a max speed of 80 kilometres an hour and can maintain it for a short time this speed compared to some other animals is very slow but lions are social animals that live and hunt in groups.

A lion’s group is called a pride during hunting lions and lionesses try to get as close to their prey as they can and then a sudden speed burst or the prey as lions can’t run for longer they have to kill the prey in the first few seconds.

Usually Lions hunt in a group so they create a formation that when one lion is tired the next starts the chase or sometimes lions wait and  advance somewhere while others chase the prey towards them the Lions success is in their group hunting and there’s stealthier approach towards the prey.

Tigers are solitary hunters they hunt all alone a Siberian tiger can run a speed of more than 80 kilo meters an hour but they can only sustain this speed for a short period. The Tigers main strengths are its ability to take high jumps using its hind legs its stealthier approach night vision the ability to stand on their back legs and fight with their front legs and its powerful front leg paws they have enormous power in their front paws and can break the skull of many animals with a single swing of the front paw.

Tigers also have excellent hearing and sense of smell which they use while hunting also a study from scientists at the University of Oxford showed the Tigers had relatively greater brain volume than lions another significant difference between the two would be the type of feed and prey they get their daily dose of nutrients from though both are there are slight differences between the two feeds an adult lion female requires an average of 5 kilograms of meat per day and adult males 7 kilograms. 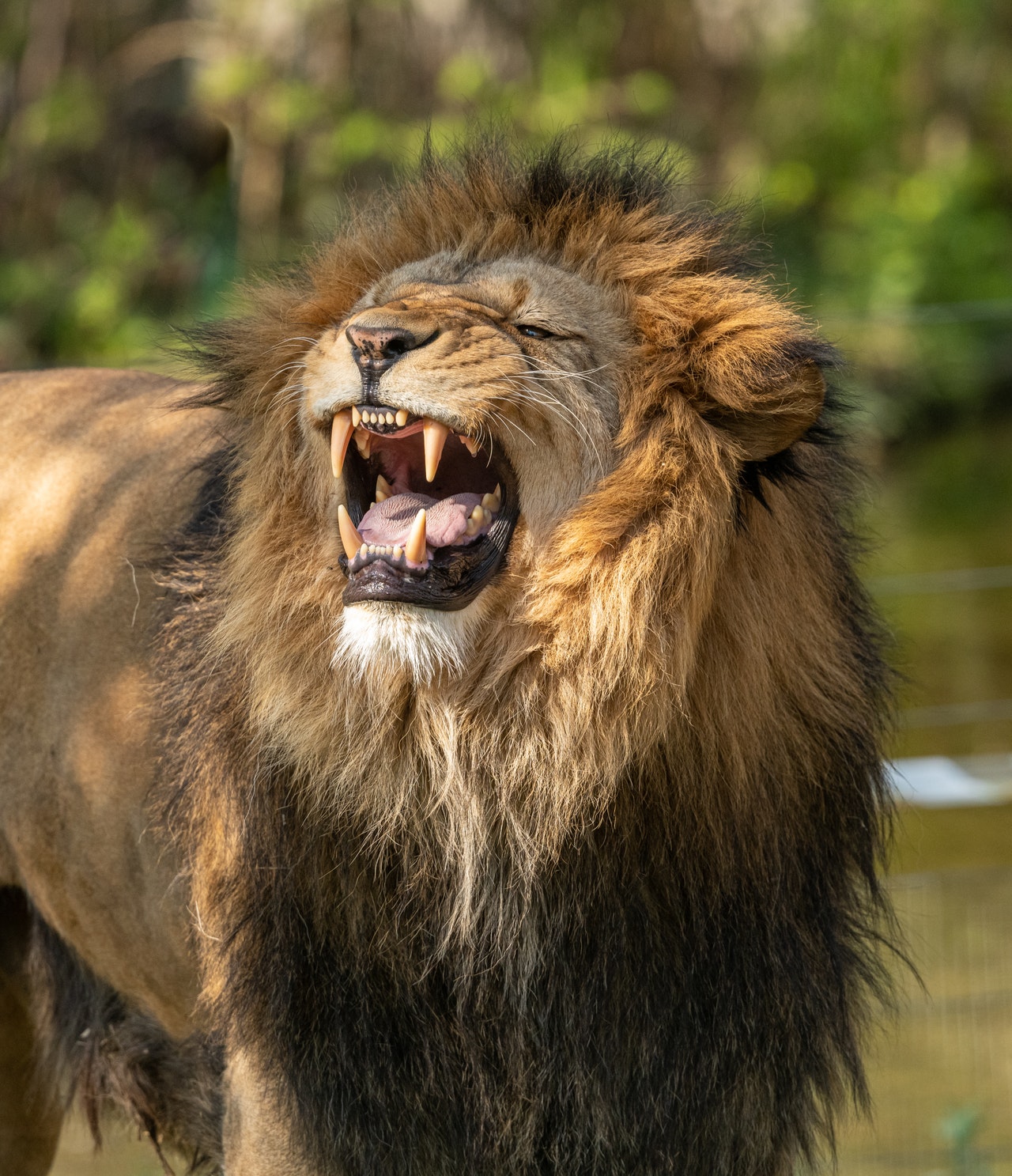 The pride provides food to its sick and wounded members but not to the male. The male uses his size to take what he wants of the lionesses kill a typical diet will include zebra, giraffe, Buffalo, wildebeest, gazelles and Impala Lions are opportunistic and will readily scavenge the kills of cheetahs, leopards, wild dogs and hyenas. Tigers main prey species are large animals such as deer, buffalo and wild pigs but they will also hunt fish, monkeys, birds, reptiles and sometimes even baby elephants. Occasionally Tigers kill Leopards, bears and other Tigers.

Both are strong animals but when we compare lions to Tigers we can see that Tigers are more powerful as they have very strong front paws Tigers can stand on their back legs and can fight the opponent with their front legs.

Lions are also powerful but they can’t withstand the power of Tiger paws the only thing that goes in the favour of lions is their social life, lions live in a pride and they defend each other in case of intruders by fighting together.

Tigers are solitary hunters so no matter how powerful the tiger is, it can’t win a fight with two or more lions at the same time so that being said why is the tiger not considered for the title of the king. Despite Tiger being the biggest among all the cats, the lion is called the king of the jungle not because it’s the strongest but because the lion poses kingship abilities that the Tigers don’t.

However researchers have shown that Tigers are much stronger than lions what are the kingship abilities that lion possesses that Tigers don’t a king should be powerful in ancient times strength was one of the leading qualities of a king, a king had to be powerful physically and also in battle and the lion everyone must admit is a very powerful animal.

A king must have leadership abilities the lion is the head of his colony he oversees the affair of the group lioness and the Cubs ranging from decision-making to hunting when there’s a need for food the lion gives the command for hunting. However the lion rarely goes hunting but he gives the commands of the lioness and others to go hunting and fetch food.

On the other hand the tiger is a solitary animal that hunts alone they have no one to give a command, the lion is the protector of his territory just as king has to make sure that his community is safe and protected the lion must protect its territory from intruders, on the other hand since the tiger is a solitary animal, he has no one to protect making duties.

The lion must mate with the lioness and have cubs so that the community will expand. Dethronement and enthroned men just like a king whenever the lion fails to deliver his duties effectively, he may be dethroned and replaced. These are just a few of the qualities that distinguish the lion as a king from the tiger that rarely possesses these qualities.